I thought I would just take a moment, here at the end of the year, to say thank you to all my patrons who give so generously every month so I can keep doing this.  Some people have hundreds of patrons, some have thousands, but even you few make a big difference to me, believe it.  Some of you I know personally, and some I don't, so here I will thank each of you as individually as I can.


Cassandra – Sandy has been a supporter of mine for a long time, since waaaayyy back in the day, and I appreciate her so much.

David Chamberlain – I don’t know David very well, but he has been a strong backer for many years now and I am so grateful for that.

Eilis – one of my best friends and the first reader for all these stories. Thank her for all the typos you don’t see.

Laura Bowen – Someone who I have known since I was 11 or 12, and who had a big role in introducing me to fantasy literature.

Mel Reams – Another longtime supporter who I don’t know well, but who I appreciate a whole lot.

Mike Baird – My metal brother who is a good friend despite living on the far side of the country.

Becky Davidson – Someone I have known since junior high who has become a good friend years after.

And the few of you I don't know personally, so it's impossible to say anything warmly individual about you, but who I appreciate nonetheless:

This isn't a big Patreon, but  it matters a whole lot to me, as every dollar counts in my budget.  It's fun telling these stories, and I hope it is fun to read them.  Next year should be a lot of fun as well.

I will be taking off next Monday, but I will be back with new content on January 6th.  I will be preparing the ebook for Age of Chaos, and that should be available sometime around the middle of the month, and you will all get copies.

Thanks so much for all you do, and have a good holiday.

Lord of the Wasteland

The sands blew savage across the desolate ground, streaming across the sky in trails and threads of yellow and black. Lightning flashed crimson in the darkness, and the strange rock formations loomed like carved giants in the heat of the storm. Shath leaned into the wind, cloth drawn across his face to protect him from the blowing dust. He held Ellai close beneath his robe, shielding her as well. They moved east, wading through the shifting sand of this wasteland, seeking the path to the sea.

Legends called this the wastes of Ur, and tales said it was a poisoned land where no men dwelled, only monsters. Shath did not fear monsters, and he sought only to make his way to the Sea of Azar, and there he could find a way to return to the east and the cradle of the empire he sought to destroy. To the north were razor-edged mountains and to the south a steaming, trackless jungle. Shath did not fear legends, and he walked with his sword in his iron hand, squinting through the ravaging stormwinds.

Wind moaned as it cut through the rocky crags that rose on all sides of him. Shath felt as if he were in the remains of some dead city, so worn down by time that it no longer seemed to be a work of the hands of man. The wind sounded like beasts bellowing in the dark, and now and again the stones glowed with incipient fire.
Read more »
Posted by New Iron Age at 3:40 PM 1 comment: 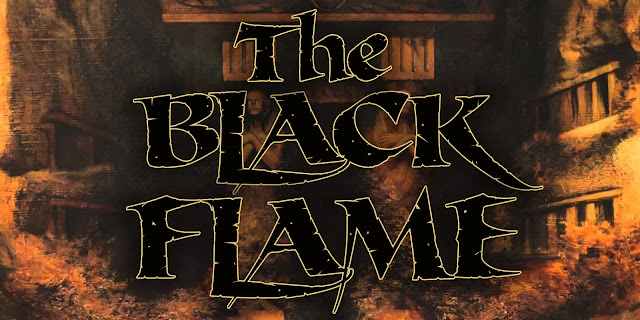 In the ancient days, before the desert came, there stood the empire of Kithara, where obsidian towers rose beside the lost Sea of Xis. It was a place of learning and knowledge, of lost sorcery and the wisdom of gods now forgotten. Over it all ruled the royal bloodline of the Mutarai, descended from the race of giants who brought civilization out of the sea before the memory of man.

The greatest ruler of the lost empire was Amezalan the Wise, and he had three sons. Two were born of his queen, and the third by his sorceress concubine. The eldest son was Siduh, who grew to be a man of great learning; the second was Eshuh, the warrior; and the last was Utuzan, born of a darker bloodline, and he became a worker of magic like his mother.

Then the emperor was slain, and strife tore the land apart. Utuzan rose against his brothers, and there was war in the ancient world. Armies marched, rivers flooded, and cities burned. At the end, the dark prince was cast down and bound with forgotten magics. He swore he would return to have his vengeance, but he was sealed away for all time.

Ages passed, and the empire wore away beneath the coming of the desert. The Sea of Xis withered and vanished, and the once-great cities of Kithara became ruins in a desolate wasteland. The descendants of the people went north and built a new civilization in the river-valleys and on the coastlands. A thousand years passed, and then two, and then three. Until Kithara was only a name whispered in legends, and the Dark Prince Utuzan a fable.

Peoples have risen and fallen, kingdoms been born and destroyed, and the very face of the world has changed. Now, in a dangerous time when empires clash, the Dark One will be freed from his imprisonment. Now kingdoms undreamed when he was sealed away will learn to tremble at his name. After aeons of waiting, he will have his throne, and a new world will learn to fear the power of Prince Utuzan, the Chosen of Anatu, The Black Flame.

Annnnnd here's the teaser for next year's story.  So many times in Sword & Sorcery the villain is an ancient wizard conjured up from the past to wreak havoc.  This time, I'm going to make one the hero.  I think it's going to be a good time. 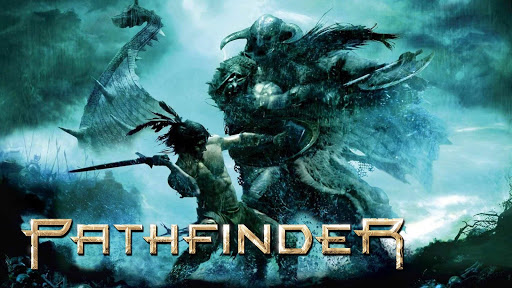 This is almost undoubtedly the movie that got director Marcus Nispel the gig to helm the 2011 Conan reboot that failed so miserably. Nominally a remake of a 1987 Finnish film of the same name, it is actually almost a completely different movie save for some elements of the basic setup. With a strong cast including Karl Urban, Clancy Brown, Moon Bloodgood and Russel Means, this had all the pieces to be a solid mid-budget action film, and yet it somehow fails to come together.

Karl Urban plays Ghost, a man who was marooned as a child on the shores of North America by a Viking ship and then left to be raised by the Native Americans who found him. Despite having lived among the natives, he is still held as an outcast by some of his tribe. Once he has grown to adulthood, more Vikings turn up, led by the villainous Clancy Brown as Gunnar, and Ghost has to use his knowledge of his former people to defend the Native Americans from the savage raiders.

It’s a bloody film if you get the unrated version, though the theatrical release was cut down for some unknown reason. There are impalements, severed heads, stabbings and spilled entrails left and right. All the blood and gore is, refreshingly, practical, rather than painted on splashes of CGI red. People are shot with arrows, hacked up with swords and axes, skewered on sharp stakes, and burned alive.

Nispel is doing his best work here as a director, and that means he gets some really gorgeous shots. They filmed in British Columbia, and took great advantage of the snow-covered, mountainous vistas all around. Nispel has a great eye for composition, and he uses light and color to make really dramatic images. True, he abuses the digital color correction pretty shamelessly, but it was 2007, everybody was doing that.

As a historical effort, the movie is a disaster. True, we know that the Vikings visited North America long before the age of exploration, and that they did battle with the people they called “skraelings”, but we have no evidence that their entry into the New World was with violent or rapacious intent. In fact, Viking raiders would never have voyaged to the Americas when richer targets were much closer to home. Explorers and colonists traveled to Greenland and later Newfoundland, not reavers.

The look of the Vikings in the movie is simultaneously outlandish and awesome. Vikings never wore horned helmets, nor did they wear plate armor. The Norsemen in Pathfinder are made into almost inhuman monsters by their design, as if the director held up a print of Frazetta’s Death Dealer and said “make it like this”. They wear horned helmets with goggles that cover their eyes, so all you see of most of them is a demonic helmet, a huge beard, and teeth. The actors apparently wore football pads under their costumes to make their armored shoulders look huge and intimidating. The swords and axes look entirely fanciful, and spiked flails are used prominently, when such weapons were never used by Vikings and in fact may not have existed at all.

I would be interested to see a Native take on the Amerindian people in this movie, as they pretty much just seem like standard white stereotypes. (The screenwriter, Laeta Kalogridis, is of Greek ancestry) The movie does get points for casting actual native actors and actresses, though the great Russel Means is criminally underused.

Most of the problem is that Nispel, as a director, is not good at building or maintaining tension. The movie is slow to start, and proceeds at a lumpy, uneven pace throughout. He often uses slow-mo just to highlight a cool image, but then the image doesn’t mean anything – it just looks good. The action scenes are poorly planned-out, as the layout of the physical space is unclear, and the number and disposition of enemies is not given, so the battles have no shape to them. You need to know how many bad guys there are, you need to know what each side is trying to do and what happens if they win or lose, otherwise your action scenes have no shape and just go on until they arbitrarily stop.

The themes of savage peoples battling each other in a harsh landscape is very Sword & Sorcery, and Ghost stands out as a good basis for an S&S hero, even if he never really seems to step up and catch fire. The characterization in the movie is generally weak, and that makes the whole thing also seem unimportant. This had all the elements to make a good movie, but despite some good bits in the action scenes and some beautiful cinematography, it remains strangely unengaging.
Posted by New Iron Age at 3:25 PM No comments: